The Vermont Historical Society houses over 25,000 objects relating to our State's history. Over the next five years all of these items will be digitally documented and placed in this catalog for public use. Items are presented in topical exhibits as well as categorical groupings. Please check back regularly as items will be added monthly. This catalog also houses the Vermont Women's History Database and the Vermont Black History Database. 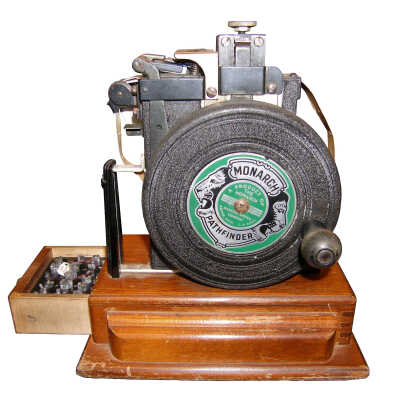 Vermont has always been a center of innovation and invention. Over the centuries, Vermonters have taken advantage of new technology, developed their own quirky individual solutions to problems, and participated in international conversations about solutions to seemingly intractable problems. 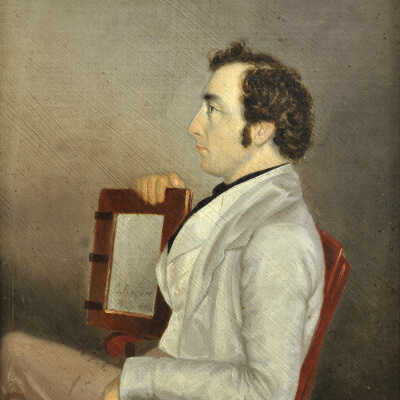 The Richard and Barbara Snelling Room of the Vermont History Museum houses a collection of portraits and landscape paintings reflecting the 18th and 19th century history of the Capital Region. Artwork is hung in a traditional, 19th-century, salon style reminiscent of the early years of the Vermont Historical Society. 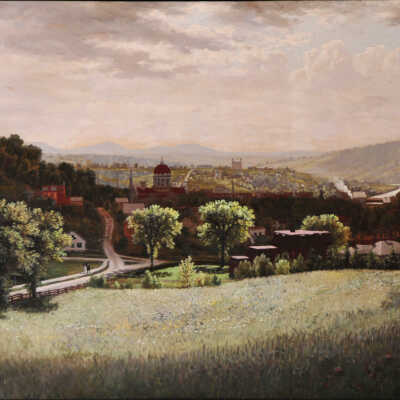 The fine art included in our collection ranges from classical portraiture to advertisements and shows how Vermonters both saw themselves and wanted others to see them. This collection includes paintings, sculpture, works on paper, and folk art. 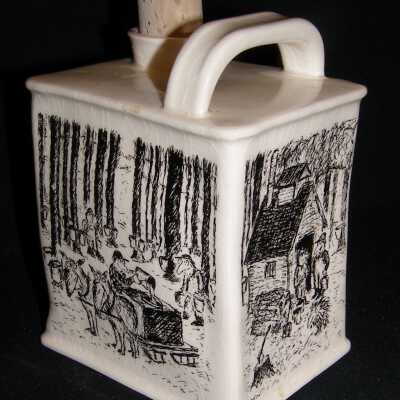 Vermont has a robust history of creating both ceramics and glass wares. The collection features both Vermont-made objects and pieces that have a history of being used in Vermont. 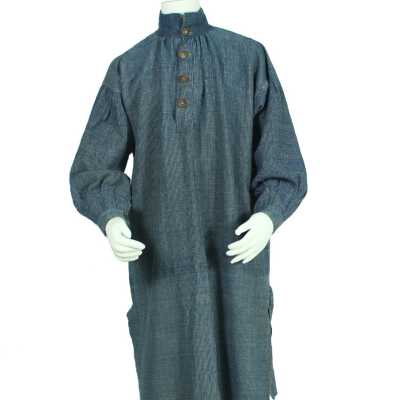 The costume collection ranges from 18th-century undergarments to modern face masks. It includes clothing at the height of fashion, and work clothes mended and patched until almost nothing remained. 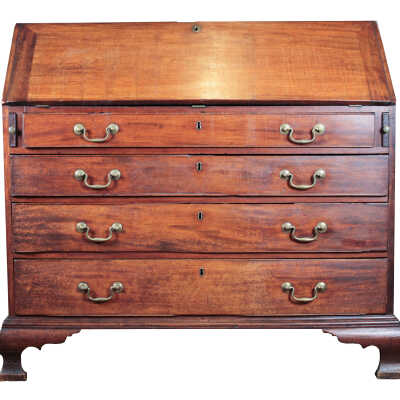 The furniture collection represents a range of styles, economic levels, and stories. It includes seating, case furniture, and other wooden decorative wares. 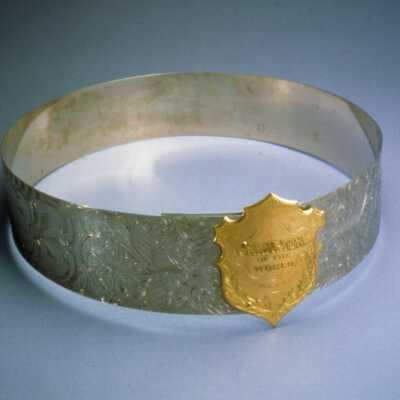 The metal collection includes Vermont-made silver and pewter goods, as well as jewelry, watches, and other fine metal objects that were used in the state. 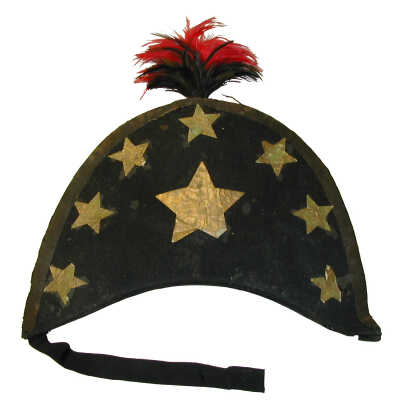 Our militaria includes objects used during wartime as well as presentation weapons and general firearms. With particularly robust collections of Civil War and World War II materials, we honor the sacrifices of Vermonters past and present. 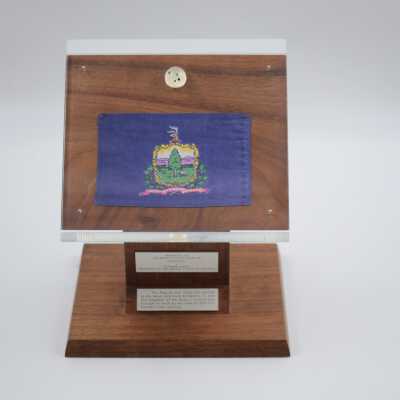 With a collection as broad as ours, there were bound to be objects we could not classify. From catamount footprints to hairpins, you’ll find it all here. 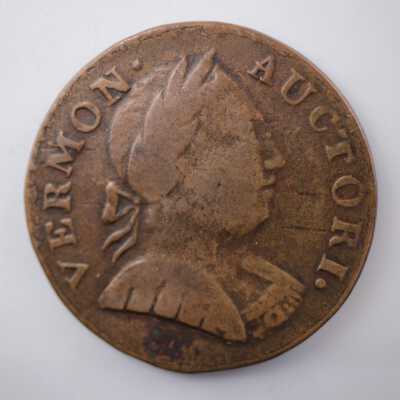 From the first state coppers to the last bank-issued dollar, the history of money in Vermont is well represented. The collection also includes commemorative coins and medals. 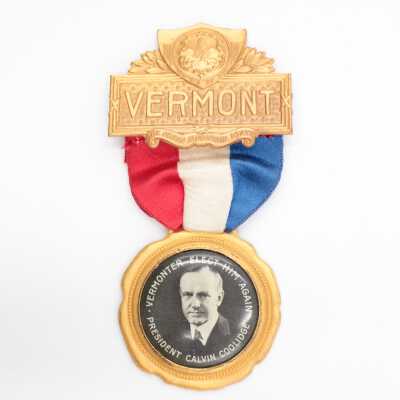 Vermont has had an active presence in politics at all levels, and we have the objects to show it. The collection includes campaign materials, protest signs, and even ballot boxes. 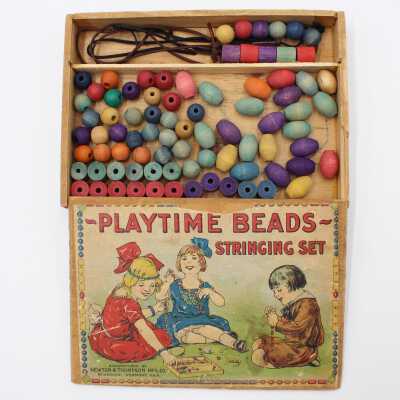 Our collection of recreational objects includes recreational materials, from skis and sports equipment to toys. 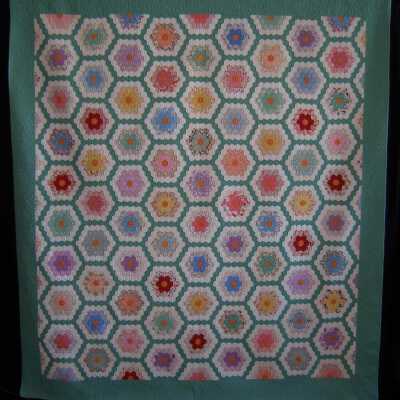 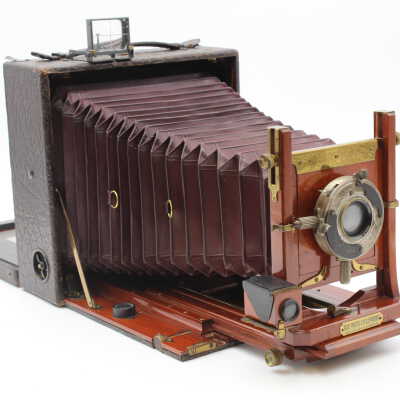 Here you'll find the tools and materials of everyday life at home, at work, and at the farm. From kitchen scales and radios to ice saws and scythes, find everything that made life a little different. 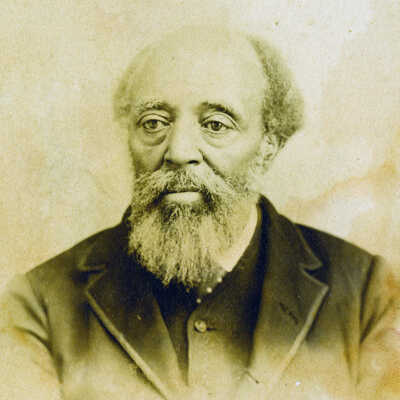 The Vermont Black History Database is a project of the Vermont Historical Society to make the study of Black History in our state more accessible. The database highlights black people and places that made an impact on the history, culture, and landscape of our state. The database is meant to be a starting place, a guide to further study and exploration. This is an ongoing project and we welcome submissions for inclusion in the database. Please email recommendations for inclusion to steve.perkins@vermonthistory.org 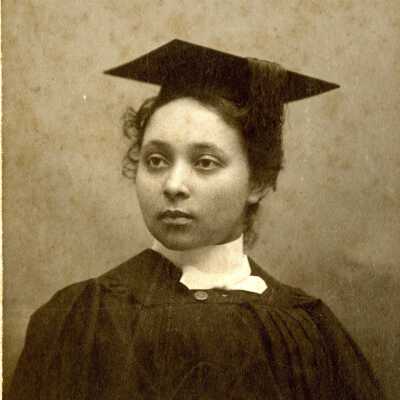 The Vermont Women’s History Project began in April 2004 under the auspices of the Vermont Commission on Women. After background development and research, it began its public work in March 2005. Its mission was to promote the understanding of the diverse experiences of women in Vermont history, and by doing so create a new perspective on history and culture that would have a positive effect on society’s perceptions of women. Over five years, the project developed exhibitions, conducted oral history interviews, hosted programming, and created a research database of biographical information on Vermont women. In 2010, the Vermont Historical Society took ownership of all project materials and continued to host the research database on its website. Over the years, the database was updated and streamlined several times as it migrated platforms. In summer 2020, it was revised and updated again as part of the celebrations for the centennial of women’s suffrage.